On 19 April 2018, the European Court of Justice (ECJ) passed a judgment regarding the simplification of the triangular transaction even if the middle party has a VAT number in the Member State from which the goods are dispatched.

Hans Bühler KG is a German based company and was registered for VAT in Austria between October 2012 to March 2013. During this period, Hans Bühler traded goods from the German company to a company in the Czech Republic. The goods were transported directly between the 2 countries..

On February 2013, Hans Bühler filed the European Sales List (ESL) during the period between October 2012 to January 2013. The statement included the company’s Austrian VAT number, the VAT ID of the Czech buyer and the tax basis but it didn’t contain the information declaring that the transactions were triangular in nature.

In April 2013, the company updated the statement with all the information along with the ESL for February and March 2013. However, by this time the company’s Austrian VAT ID had been deactivated. Thus, the triangular transactions were considered unsuccessful by the Austrian Tax Authority.

The Austrian Federal Fiscal Court filed the case for revision with the Austrian Administrative Court who further referred the case to the ECJ for a preliminary ruling and asked two questions:

Based on the pre-requisites, the ECJ passed a judgment that it is not harmful if the middleman (Hans Bühler) is registered for VAT in the Member State where the goods are dispatched from (Germany) and if the VAT ID of a third country (Austria) is used for the purpose of a triangular transaction.

The court also came to the decision that the filing of the ESL is a mere formality and the late filing cannot be deemed as a failed transaction if the VAT-ID number of the middleman was valid at the time of the transaction(s).

Click here for the detailed proceedings of the court

How does this affect your business?

If you are involved in triangular transactions within the EU where the goods are supplied directly from Party A to Party C, then Party B no longer needs to declare an intra-Community acquisition of the goods in the country of arrival nor does it have to register or file VAT returns in the Member State where the goods are delivered. Additionally, Party A and Party B can invoice without charging VAT. 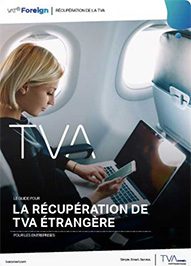